The Hallmark Channel is renowned for presenting viewers with intriguing storylines and has released several fantastic feature films. A Holiday Spectacular, a new story from the network, will be released for viewers.

"A Holiday Spectacular" is a 1958 American comedy-drama romance film starring Ginna Claire Mason as Maggie, a Philadelphia heiress who is engaged to a guy she does not love.

When given the option of accepting her future or chasing her aspirations, she chooses the latter, delaying the plans for her wedding to sneak up to New York City. Although she is new to the city, she dares to proceed since she wants to perform live at Radio City Music Hall.

She convinces her entire family that she is staying at a friend's place, but Maggie's life has completely turned.

As she settles into the magnificent city of New York and chases her dream of dancing with the Rockettes at the "Christmas Spectacular," her life gets even more complex when she encounters a young US Navy photographer named John, played by Derek Kelna.

Meet The Cast Of A Holiday Spectacular

The cast in the movie performs a crucial part in enhancing the show's intrigue. The forthcoming film "A Holiday Spectacular" stars several great actors, including:

Ginna Claire Mason is the actress that portrays Maggie, the central protagonist in the forthcoming holiday movie "A Holiday Spectacular." The movie's storyline focuses on Maggie's ability to get the guts to express her desires to her family rather than settling for the future they have planned for her.

Aside from this, the actress is well-known for her roles in movies, television shows, and stage productions. She is best known for portraying Glinda in the Broadway production Wicked.

She was a theatrical actress when she first began performing. She played various parts in plays while she was a student at Elon University. Some of her works include "Crazy for You," "Into the Woods," "Children of Eden," "A Grand Night for Singing," and others.

Mason, a talented actor, has also been in "Preach," a MaxFocus television series, since 2022. She acted as Rebecca.

The outstanding actor is most recognized for his work on Broadway, where he created the parts of Michael in "The Bridges of Madison County," Nick Healy in "Jagged Little Pill," and Dimitry in "Anastasia."

Apart from that, he has made several appearances on television series such as "Unbreakable Kimmy Schmidt," "The Code," and "Pretty Little Liars: Original Sin."

The talented actor is also a nominee for a Tony Award for "Best Featured Actor in a Musical" for his portrayal of Nick Healy in "Jagged Little Pill."

Ann-Margret's career outlasted her hip-swiveling breakthrough, and she established her remarkable skill and staying power as a singer, dancer, and outstanding dramatic actress over the next four decades.

With her Oscar-nominated portrayal in Mike Nichols' "Carnal Knowledge" (1971) and her Golden Globe-winning role in the rock opera "Tommy" (1975), the actress established herself as a serious performer in the 1970s.

During the triple threat's productive era of made-for-TV movies, she received a dozen Golden Globe and Emmy Award nominations for films such as "Streetcar Named Desire" (1984) and "Queen" (1993).

Carolyn McCormick is an American actress best remembered for her performance as Dr. Elizabeth Olivet in the "Law & Order" series. Between 1994 and 2006, she was featured in about half of the episodes of the NBC series.

Her breakout role came in the film "Enemy Mine," directed by Wolfgang Petersen and starring Dennis Quaid. Her additional movie credits include "Whatever Works," "You Know My Name," and "Simple Twist of Fate" by Woody Allen.

McCormick also performs on stage. In 2004, she co-starred alongside Sabrina Le Beauf from The Cosby Show in the Off-Broadway production "Eve-solution" at the Cherry Lane Theatre. The actress also appeared in "Dinner With Friends," "Ancestral Voices," "The Donahue Sister," "Laureen's Whereabouts," and "In Perpetuity."

She was previously a part of the Dallas Theater Center's Brierley Resident Acting Company. Her favorite parts are Juanita from "Blues for Mister Charlie," Beneatha from "A Raisin in the Sun," and Beatrice from "Much ado about nothing."

Additionally, she has performed in regional productions of Race, The C.A. Lyons Project, and The Lion King as Shenzi on the National Tour. Tiffany has furthermore made appearances in several movies and television shows, including "Atlanta," "Scream," "The Haunting of Hill House," "Code Black," and "Dallas Buyers Club."

Early in 2021, casting calls for the film's roles opened up. Schmitz, a resident of Los Angeles, received an invitation to the audition.

Larissa is a graduate of The New Prague High School, and some of her acting credits include "Laggies," "Z Nation," and "Battle Tech." She also performed in TV ads before relocating to Los Angeles from Seattle, Washington, a few years ago. Her previous roles prepared her for the opportunity to play a supporting role in a film.

Where Can We Watch a Holiday Spectacular?

"A Holiday Spectacular" premiers on The Hallmark Channel on Sunday, November 27 at 8 p.m.

The production was one of the first significant ones to arrive in the area in 2022.

According to Laurent Rejto, director of the Hudson Valley Film Commission, locations in the Mid Hudson Valley that viewers may recognize include the Ulster Performing Arts Center in Kingston, a property in Garrison known as the Samuel Sloan estate, and the former Karpeles Manuscript Library in Newburgh.

Residents at the time shared pictures of equipment outside the Eveready Diner on Route 9 in Hyde Park, also reportedly used.

Furthermore, there are other features that residents of the Hudson Valley may be familiar with. Rejto claims that "65 local staff personnel and 250 local background players were used for the project." 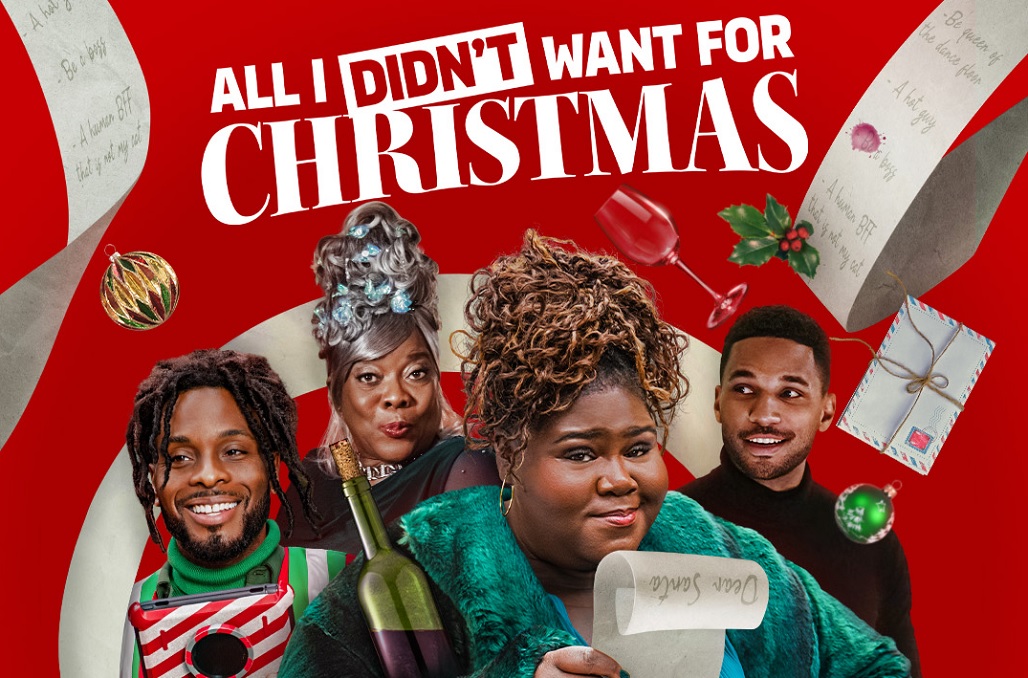 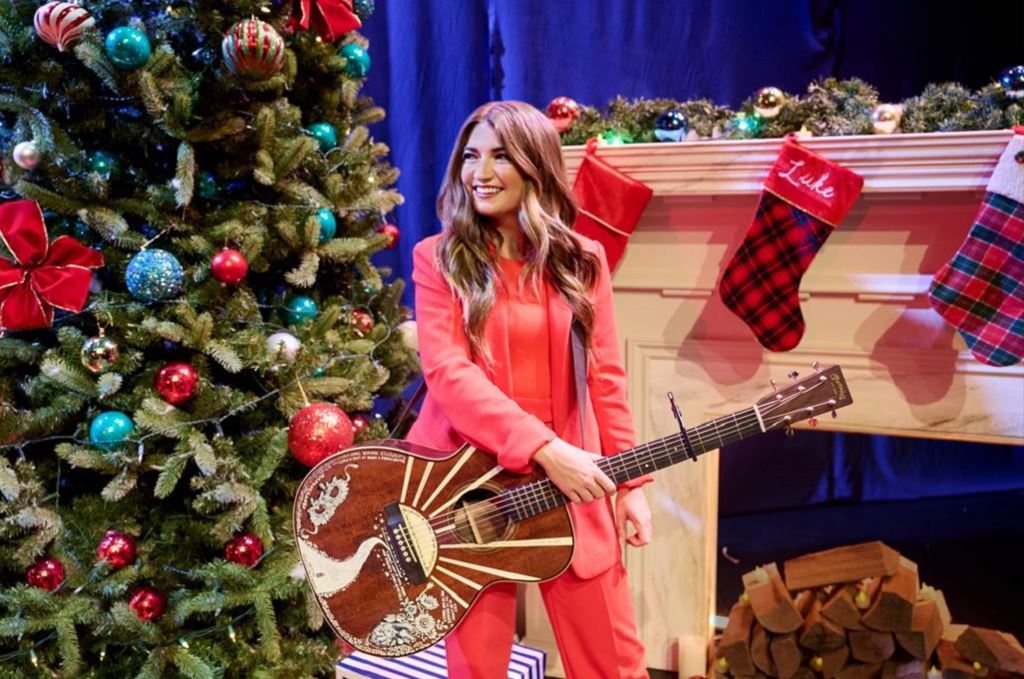 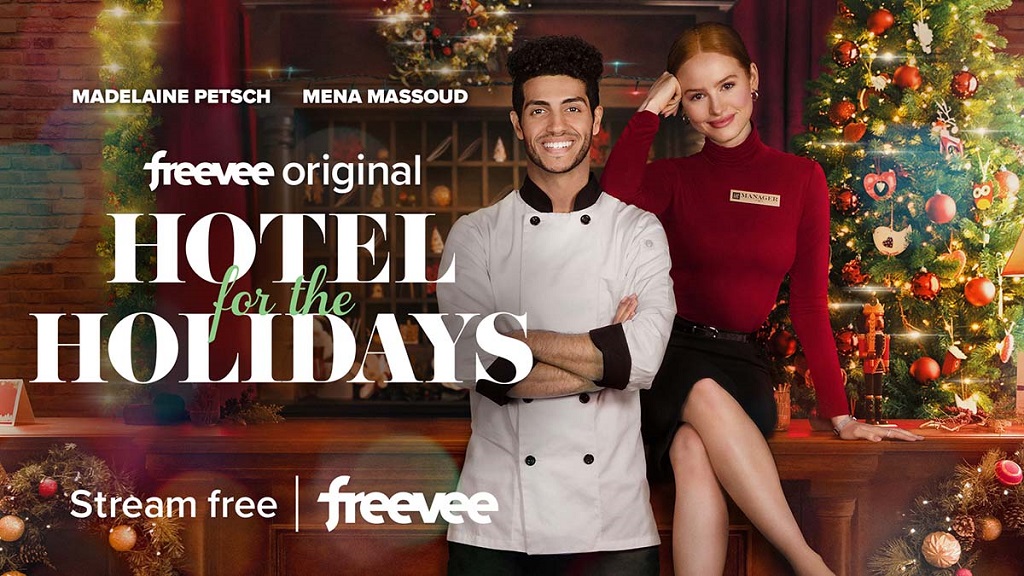