Who Is Caleb Oyelowo? Find Out Everything We Know About David Oyelowo's Son

British actor, producer, and director David Oyelowo is blessed with four loving children, one of whom is Caleb Oyelowo.

David is best known for his portrayal of the legendary Martin Luther King in the 2014 hit movie "Selma." He has received various awards and accolades following his immense contribution to the entertainment industry.

He is the recipient of two NAACP Image Awards and a Critics' Choice Award. Moreover, he has received nominations for two Primetime Emmy Awards, two Golden Globe Awards, a BAFTA Award, and a Screen Actors Guild Award.

Following his services to drama, David was appointed an Officer of the Order of the British Empire (OBE) in 2016. His portrayal in the drama film Selma (2014) and HBO film Nightingale (2014) garnered him critical acclaim widely.

On television, David has played the role of MI5 officer Danny Hunter in the British television drama series Spooks (2002-2004) and Javert in the famous BBC miniseries Les Miserables (2018). He is also a voice actor and has provided the voice for several characters.

He provided his voice for Agent Alexsandr Kallus in the Lucasfilm Animation television series Star Wars Rebels (2014-2018). He also gained recognition for his portrayal of Louis Gaines in The Butler and Robert Katende in Queen of Katwe (2016).

David has appeared in numerous television series and films with his strong characters. Just as the actor is dedicated to bringing his characters to life, he is more dedicated to being an awesome father to his four lovely kids.

Caleb Oyelowo is the second son born to his beloved parents, David Oyelowo and Jessica Oyelowo. He has an older brother, Asher Yelo, and two younger siblings.

The little boy is all grown up and is often featured on his father's Instagram account. He is regularly seen in pictures and videos shared by his parents on social platforms. One captivating thing about him is his smile, which resembles that of his loving father.

Moreover, Caleb appears to be the goofy one of the lovely family as he keeps making funny facial expressions while taking pictures and videos. He enjoys having feat of laughter and looks like a very cheerful and fun-loving person.

In a recent Instagram post, David shared that Caleb wants to be an actor. To help his son start well, he took him to the school where he was trained. He shared an adorable picture of himself with his son clicked in the drama school.

David regularly shares joyous pictures of his family, where his kids are seen sporting a huge smiles while accompanying each other. The family visits different places and does not hesitate to flaunt their happy moments via Instagram posts.

Caleb is also available on Instagram under the username @prince_oyelowo. He has not posted any content on his account but has gained 802 followers. His dad often tags him while sharing pictures of him.

How Old Is Caleb Oyelowo?

Caleb Oyelowo is probably between 17-19 years old, judging by his looks and appearance. He came into the world after the birth of his older brother, Asher Yelo, a music artist.

The happy family of six currently resides in Tarzana, the San Fernando Valley, Southern California. On July 20, 2016, David and his wife, Jessica, became the naturalized UC citizen - the actor was inspired to do so after starring in the 2014 film Selma.

Caleb always appears with funny facial expressions in most of the pictures shared by their parents. On June 21, 2021, Jessica shared a family photo wishing her husband a Happy Father's Day, and her son, Caleb, was seen making a funny face with a huge smile.

Caleb's father, David, was born on April 1, 1975, in Orford, Oxfordshire, England, and is forty-six years old. He was raised by his Nigerian parents as a Baptist.

His father is from Oyo State, Western Nigeria, and his mother hails from Edo State, Southern Nigeria. David grew up in Tooting Bec, South London until he reached six, then his family moved to Lagos, Nigeria, as his mother worked for a railway company and his dad worked for the national airlines.

Caleb's beautiful mother, Jessica, was born in 1978 and is forty-four years old. Born in Ipswich, she spent her childhood in Suffolk, England. She studied at Woodbridge School, where she became a member of the National Youth Music Theatre.

Caleb Oyelowo is often seen in the beautiful family pictures shared by his parents, David Oyelowo and Jessica Oyelowo.

David recently shared some snaps from the family's trip to Berlin, Germany. He also shared a small where his children were seen having fun with each other. On the occasion of fathers day, he shared a picture of himself with his three sons and a daughter on June 20.

The actor captioned the post, "I am supremely blessed to be a father. Thanks, Jessica for serving up these four delightful humans." David also accompanies his sons while working out and doesn't hesitate to share the moments on Instagram.

Caleb Oyelowo is blessed to have such great parents, David and Jessica, by his side. They raised him with all the love and care, alongside his other three siblings.

David began his stage career in 1999. The actor was offered a season with the Royal Shakespeare Company portraying in Ben Jonson's Volpone. He played the title character in Oroonolo and Shakespeare's Antony and Cleopatra.

David and Jessica have been married since 1998. While interracial marriages are still being hugely frowned upon in the industry, the togetherness between the couple has proven that there could be many like them living happily out there.

When the actor was 19 and working on his theatre studies, he found the love of his life. At the time, Jessica was 18. David first saw his future wife at the National Youth Theatre and instantly liked her.

At the age of 20, he was already engaged with his love. David often claims that no one knows him better than his wife. He relies on Jessica for most of his career decisions, including his directional debut in The Water Man.

Asher Yelp is the couple's first son. He graduated from college in the Spring of 2020 and is often seen enjoying himself with his family.

He is a musical artist and is easily approachable on Instagram under the username @asheryelo. With 196 posts, the young artist enjoys a fan base of over 14.1k followers. His father also regularly promotes his works via his Instagram.

On June 9, David shared that his son, Asher, has been nominated for a Denniz Pop Award (Rookie International Award). The delighted father took to his Instagram to share and clip and mentioned how proud he was.

Aside from Caleb and Asher, the couple has two younger children. He has another son, Penuel, and a youngest daughter Zoe. In one of his Instagram posts, the actor revealed that he did Peter Rabit 2 partly as his daughter insisted upon it.

Does Caleb Oyelowo Have Girlfriend?

Caleb Oyelowo is probably single as he has not opened up about his relationship status. Moreover, he is too young to be in a relationship and is focused on his studies.

His older brother, Asher, is currently working on his musical career. Caleb has shared that he wants to be an actor, and fans are already excited to see him on the screen. He is expected to make his debut soon, with immense love and support from his parents.

Caleb Oyelowo has probably graduated from college and heading toward making his career. One of his father's Instagram posts revealed that he wanted to be an actor.

David also took him to the school where he was trained. In most cases, kids are inspired by their parents from day one when they are born. Many dreams of continuing their parents' legacy and following in their footsteps.

No wonder Caleb loves to perform and dreams to be an actor like his father. He is expected to be on the silver screen in no time. He comes from a talented family where both his parents are celebrated stars.

Moreover, his artist brother acquired his musical talent from his mother, Jessica, who is a great singer. Some of his songs are there ain't nobody, go backwards, in this ocean, this'll heal, and say it back. 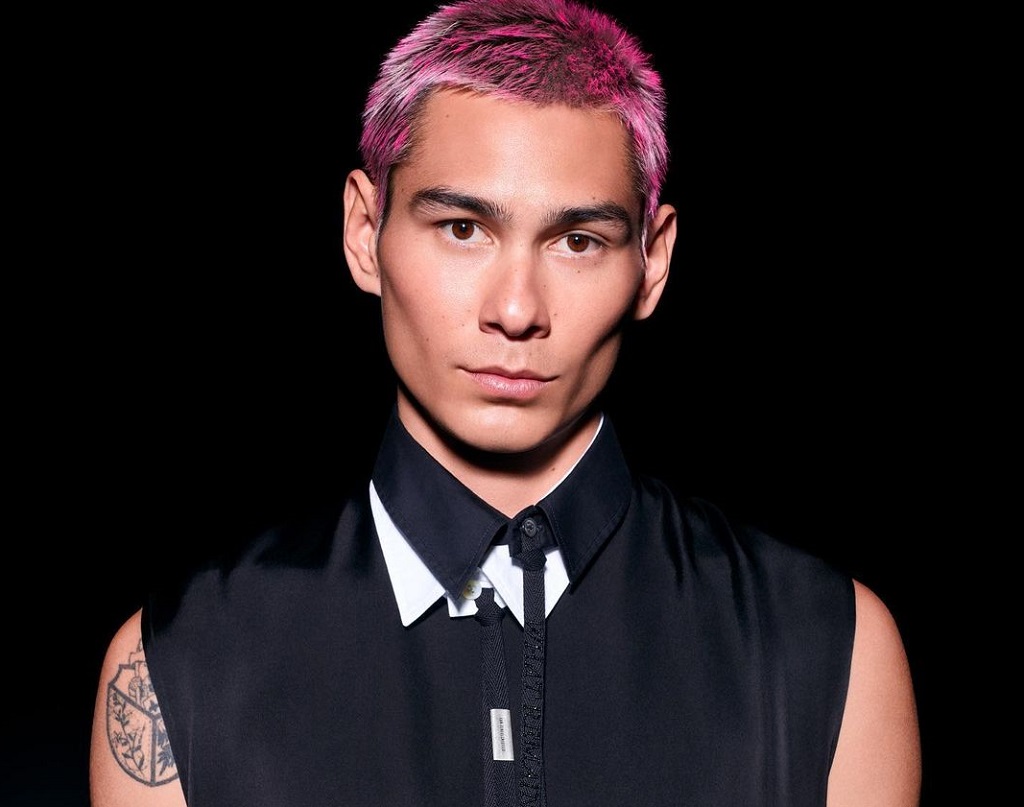 Evan Mock was raised by his parents, Steve and Melissa Mock, on the North Shore of Oahu, Hawaii. Evan was born half-Filipino. Evan is a pink-haired skateboarder turned model and actor. In HBO Max's reboot of the beloved 2000s classic "Gossip Girl," h... 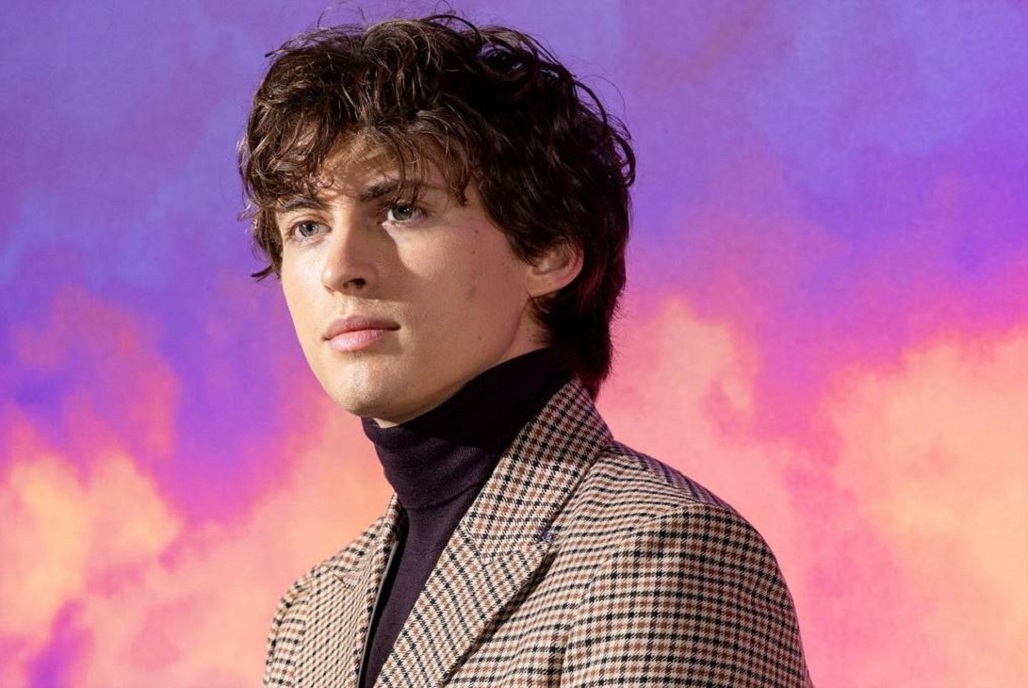 Dempsey Bryk was born to his supportive parents Danielle Bryk and Greg Bryk. Dempsey is a Canadian-American actor. Bryk is recently in the limelight for his upcoming appearance in the American fantasy adventure series Willow, premiering on November 3...