You might've second-guessed the plot by the movie's portmanteau title. Yes! the upcoming Lifetime holiday movie is about a girl named Ellie who is a perfumer.

It is one of 26 Lifetime's new holiday movies that will be releasing this year. Learn in brief about the upcoming movie's cast, release date, and synopsis, in the article below:

Nazneen Contractor is an Indian-born Canadian actress who plays the lead role of Ellie in the Lifetime movie.

Ellie is a perfumer who meets Logan, a writer, who is back home for the holidays. Eventually, they start feeling for each other. Don't forget to watch the cute holiday movie which is soon to be released.

The Canadian actress is not the only cast of Indian origin in the upcoming movie. Actor Sugith Varughese who plays her onscreen father Jamar's role was also born in India.

She is a mother to her two children, a son, Darius Rota, and a daughter, Avalucia, whom she shares with her husband, Carlo Rota. He is also an actor.

Mykee Selkin appears as Logan in the upcoming Lifetime movie.

Love sparks ignite between him and Ellie while she visits her father's home for the holidays.

This isn't Selkin's first-holiday movie. He has already appeared as Devon in the 2021 movie A Chance for Christmas. Whereas, he will appear in Jack's role in the 2022 movie Designing Christmas which is soon to be released.

Some of Selkin's acting credits include Jesse Howard in Cooking Up Love, Max in Alpha Hippie, Deus Rex in Cleansed, Sam in Three Wishes, Owiti Chikezie in Waste Paper, Paris in Banish'd, and more.

Jamar is the lead role, Ellie's father, who owns a candle shop. He isn't benefitting from the business. The shop is on the verge of collapsing which is need to be saved.

He is a Canadian actor, writer, and director born in Cochin, Kerala, India. However, Varughese grew up in western Canada. Raised in Saskatoon, Saskatchewan, Sugith, attended York University where he earned a Master of Fine Arts.

Jennifer Gibson who plays Mindee in the movie has a career span of three decades in the industry.

The actress is best recognized for Suits, Maps to the Stars, and A Dog's Way Home. Besides acting, the actress has also served as a director and a producer thus far.

She has one credit for serving as an executive producer in the 2021 television movie Christmas Movie Magic. Likewise, she also has worked as a producer for Maybe This Time which is in the post-production process.

The veteran actress has a daughter named, Georgia. She studies in grade 3. The mother-daughter spent quality time together giving snippets of those moments via her Instagram.

Dunne also comes in the list of the cast whose first-holiday movie isn't Scentsational Christmas. He has appeared in various holiday-movie during his acting career including The Enchanted Christmas Cake, The Christmas Temp, and more.

He was previously married to Hiedi Lenhart; however, their marital life came to an end. Dunne exchanged a wedding vow with his co-star Farrah Aviva. They welcomed their firstborn in March 2021.

Samantha Helt starts in Nastia's role in the upcoming movie.

The actress is best recognized for appearing in Boys vs. Girls, Hello Stranger, and Beauty and the Beast. Helt is a recipient of Best Ensemble Cast alongside her co-stars for "Boys vs. Girls."

Arcade Riley As Jack, and more.

The forthcoming holiday-movie Scentasational Christmas has a cute plot that will warm your hearts this Christmas.

Boss of Ellie, a perfumer, played by Nazneen gives her a task to create a holiday scent. She makes her way home in search of inspiration for the given task.

There the perfumer encounters a man named Logan (played by Mykee) who is staying with her father, Jamar (played by Sugith). Logan is a handsome yet bookish writer who is also in search of inspiration for his writing.

They work together to keep her mother's struggling candle business afloat. Eventually, the perfumer and the writer develop something special between them as they work.

The movie is set to release on December 8, 2022, in the United States.

Don't forget to mark your calendars after learning about the release date of the movie. 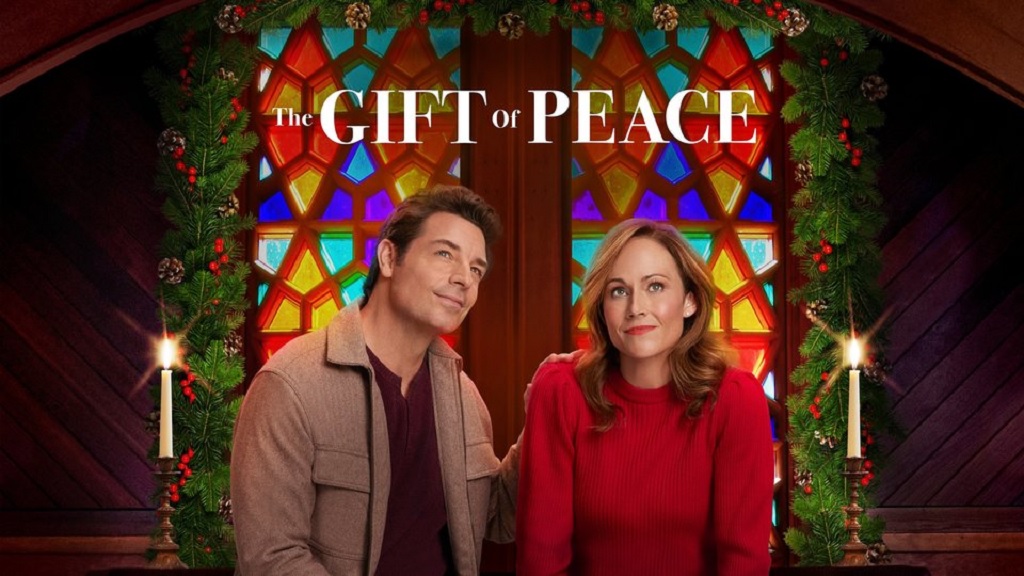