Skylar Astin was born to his parents father Barry Lipstein and mother Meryl Lipstein in New York. He is a well-distinguished actor and singer.

The American actor catapulted himself into the spotlight after portraying the character of Jesse Swanson in Pitch Perfect and Pitch Perfect 2. He has starred in films including Hamlet 2, Cavemen, Talking Woodstock, and more.

The New York native actor Skylar Astin is one of the four children of his parents, Barry Lipstein and Meryl Lipstein.

His parents encountered each other in person for the first time through a blind date on January 26, 1984. The information surrounding their first meeting came into the view from his mother Meryl's Instagram post.

'38 years ago today, I met my husband on a blind date and our love story began with one hand and one heart, and the music is still playing,' Meryl penned on the 38th year of meeting Skylar.

The couple clicked instantly and they started seeing each other until his parents exchanged wedding vows in August that year. Barry and Meryl celebrated their 38th wedding anniversary on August 19 this year.

Meryl uploaded an anniversary post on her Instagram. She wrote, 'Happy 38 magical years to my loving, incredible husband who is my forever gift.' She added,' Our music will keep playing for eternity.'

Astin's mother Meryl became cancer free on April 2012. The actor took to his Twitter to share the news. He wrote, 'My mother Meryl Lipstein is 6 months cancer-free today. I love you, mom. You are my best friend.'

His father Skylar is available on the mainstream social stage Instagram; however, the account is near to dormant in the present day. Whereas Astin's mother Meryl is religiously active on Instagram.

She updates her Instagram feed every so often. Meryl never fails to wish all her four children their birthday and also her husband Barry. She also posts a lot about her beloved mother and grandchildren.

Astin's parents have four children; three sons Skylar, Jace, Milan Lipstein, and a daughter named Brielle Lipstein. Brielle is 25 presently and will celebrate her 26th birthday less than a month from now on October 24.

Speaking of Skylar Astin Lipstein's wife, he was in a marital relationship with his now ex-wife Anna Camp for almost three years from 2016 until 2019.

The former couple dated for three years before exchanging the wedding vows. They started dating in 2013 after they met each other on the sets of Pitch Perfect. Lipstein And Anna engaged on January 2016.

Shortly, after 8 months the couple tied the knot on September 10, 2016. The seemingly idyllic marital life of the couple came to an end when they call it quits and filed for divorce reportedly on April 19, 2019.

The court finalized the divorce shortly on August 2019. Anna cited the reason for divorce as 'irreconcilable differences The former couple revealed that the decision was mutual and they wish nothing best for each other.

Speaking of Lipstein's relationship timeline, after the divorce, he was in a relationship with Lisa Stelly, a professional actress. They went official via Instagram on July 2020 with Lisa posting a picture of kissing each other.

Notwithstanding that, the pair broke up reportedly due to busy schedules shortly in late 2021. Lisa was previously married to her now ex-husband  Jack Osbourne with whom she welcomed three children.

Speaking of his ex-wife Anna Camp's relationship status, she is in a relationship with her current partner, Michael Johnson, since 2020. Camp and Michael celebrated their 2nd anniversary on March 1, 2022.

Furthermore, discoursing the American actor's current relationship status as of 2022, he appears to be enjoying his single life. He hasn't provided any potential hint about his love life in the meantime.

Pitch Perfect actor Skylar Astin has a substantial net worth considering his extensive experience in the showbiz industry.

The American actor has a long list of film and soundtrack credits to his name. He possesses 38 credits in acting and 8 for the soundtrack on his IMDb work profile. His breaking-through role as Jesse Swanson in Pitch Perfect earned him a lot of appraisals.

He is serving in the showbiz industry for a prolonged time. Over the years, Lipstein has emerged as the epitome of a promising actor. That mentioned, the precise figures of his net value and career earnings remain unspecified to date.

What is Skylar Astin Lipstein's age?

Skylar Astin Lipstein is 35 years old. He was born on September 23, 1987 in New York City. The actor grew up reportedly in Rockland County, part of the NY Metropolitan Area.

Who are Skylar Astin Lipstein's parents?

Maryl Lipstein and Barry Lipstein are Skylar Astin Lipstein's parents. He is one of the four children of his parents. The actor has three siblings; two brothers named Milan and Jace and a sister named Brielle. Brielle will celebrated her 26th birthday in less than a month on October 24. Jace is the eldest of four children.

Who is Skylar Astin Lipstein's wife? 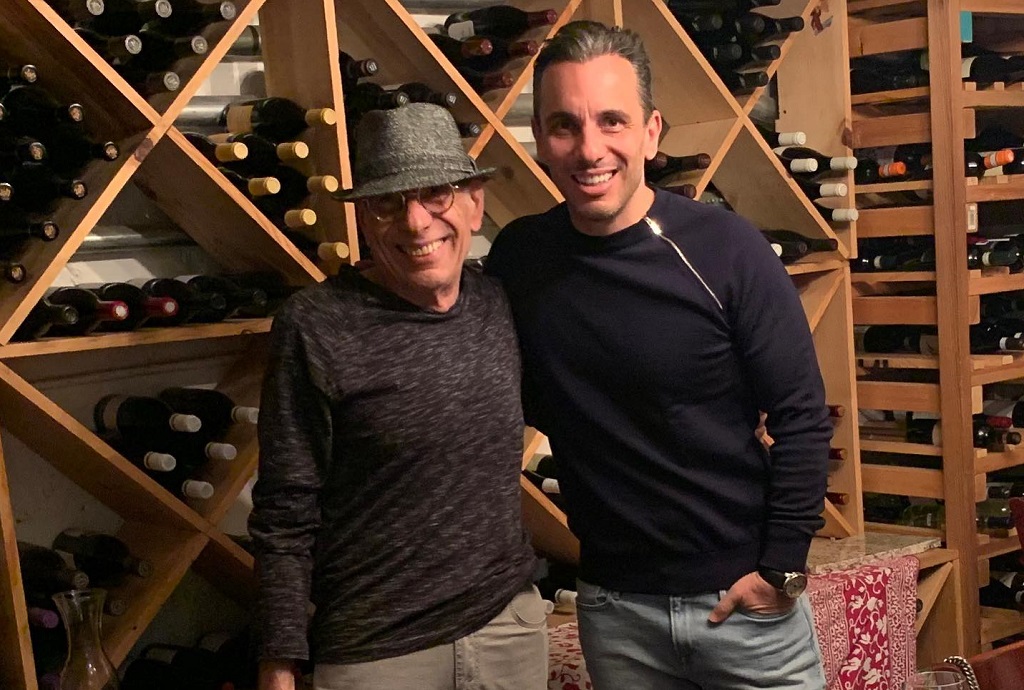